Indian Institute of Technology, Delhi, hosted one of its biggest science and technology fair recently. The India International Science Fair (IISF) commenced on 4th December and brought on board 4000 delegates including students, entrepreneurs and industry experts, who showcased over 500 projects. The fair was inaugurated by the Minister of Science and Technology Dr Harsh Vardhan. 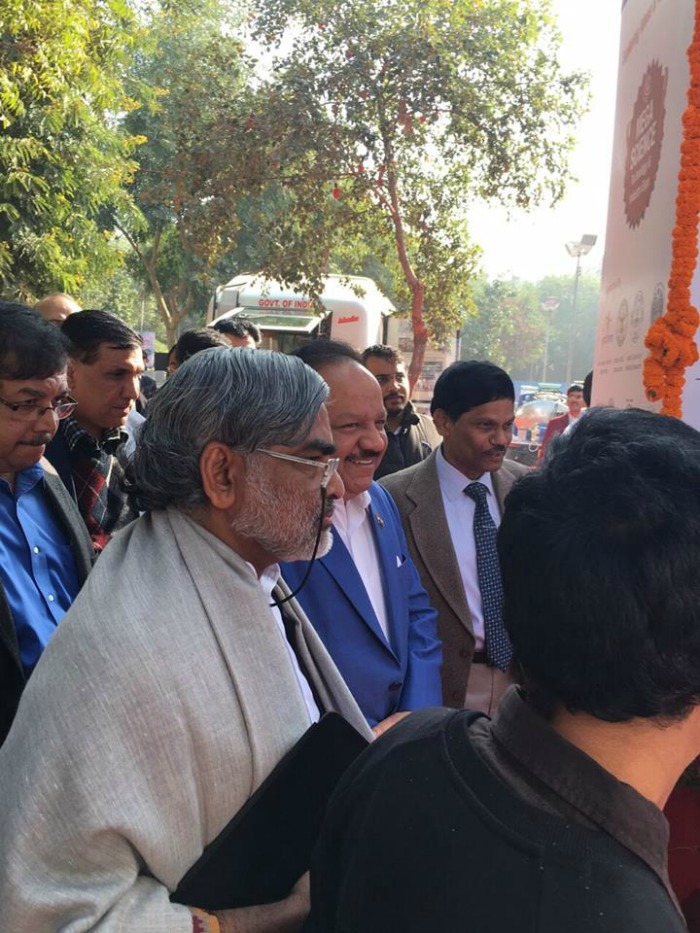 We bring you a set of interesting projects straight from the heart of the expo. 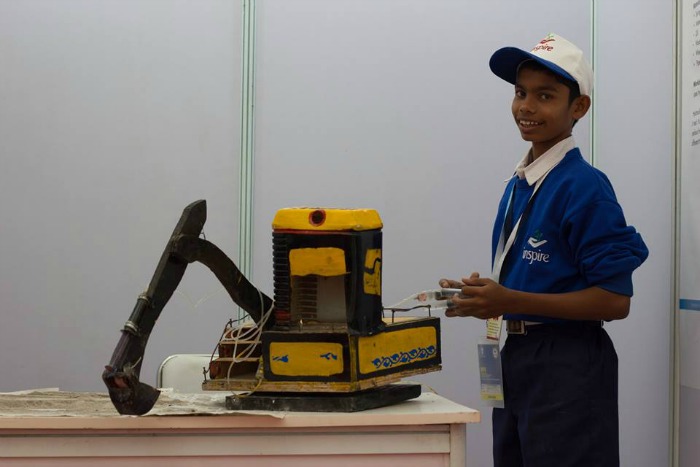 Students from Jharkhand’s Deoghar district showcased a hydraulic crane they designed using syringes. When asked what inspired them to build this, one student answered: “It was there in a book of experiments.” 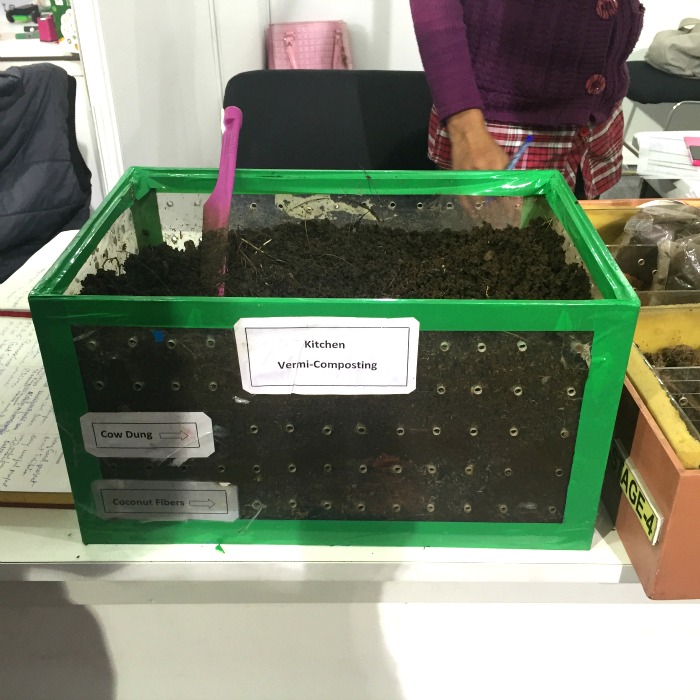 Pupils from Society for Environment and Development exhibited the importance and uses of vermi-composting that has wide uses in agriculture, gardens and nurseries, forests, and soil and water conservation. 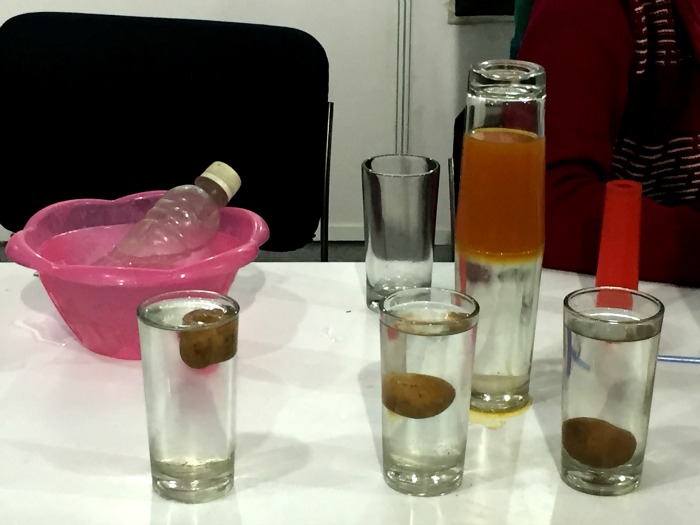 Students from Pragati Vigyan Sanstha exhibited a simple kitchen experiment that turns a normal potato silver. The process works in three steps: put a potato on a flame till it turns black. Next, place it in a glass of water and then watch it turn silver.

For safety purposes, students weren’t allowed to light a flame. But I tried the experiment at home and it worked!

4. All Roads Lead To Home 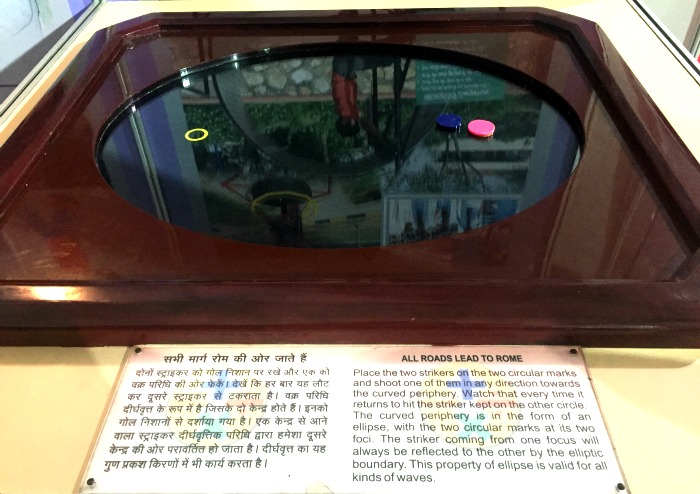 An interesting application of the property of ellipses, every time we hit at one end, it will always hit the striker on the other. The striker will always be reflected by elliptic boundary to the striker placed opposite to it. 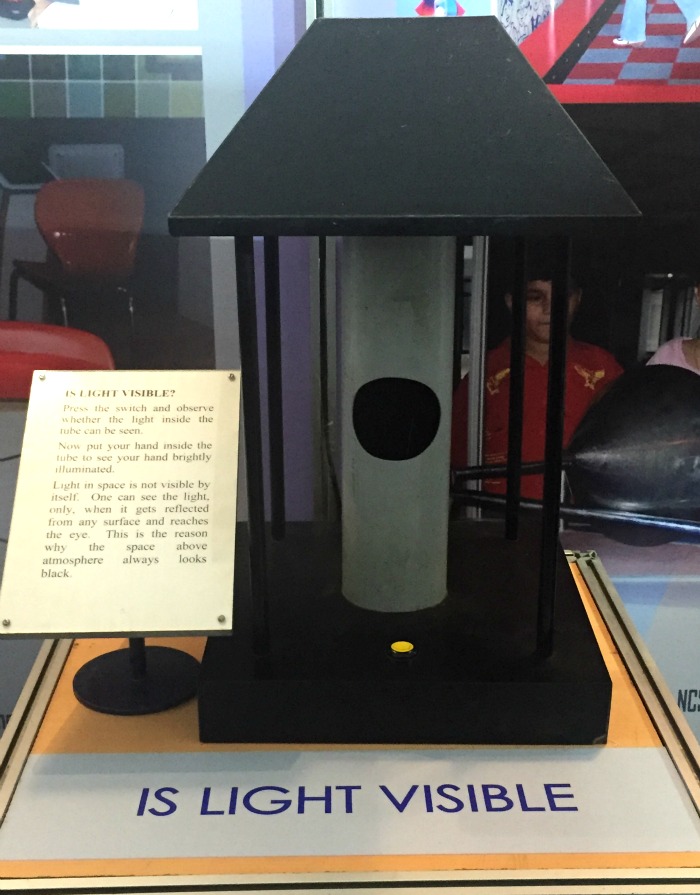 Another highly exciting experiment was that of ‘Is Light Visible?’. Press the switch and see if the light inside the tube turns on. As the next step, put your hand inside and keep the switch pressed. You will see your hand get brightly illuminated.

READ  Story of a young change-maker who is re-drawing India, one student at a time 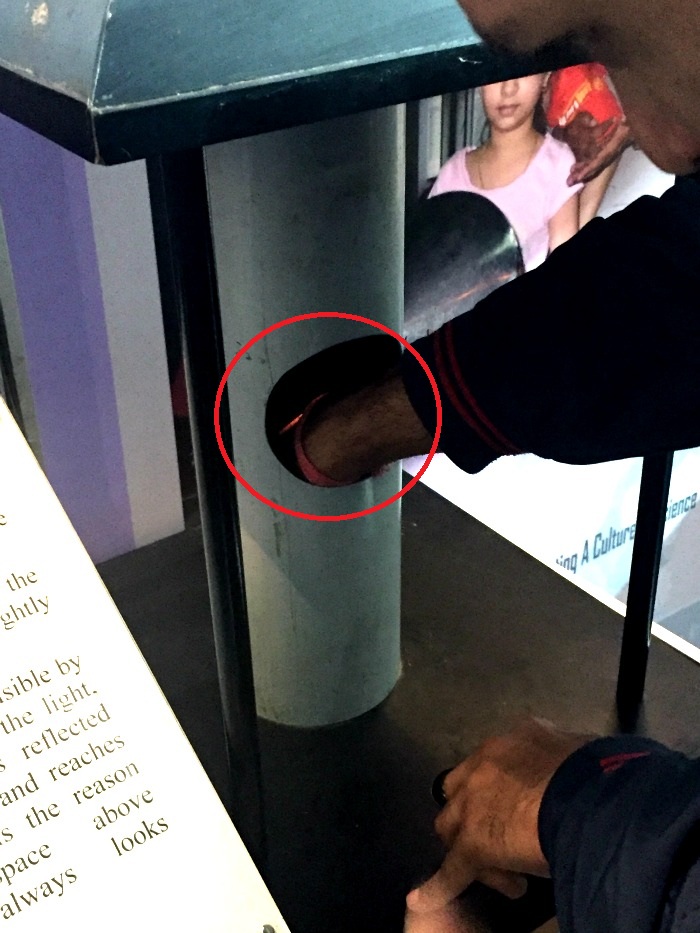 Light is not visible in space. It’s only when it’s reflected off solid surfaces that we really get to see it.

6. Exploration of Modern Science for the Queries of Ayurveda 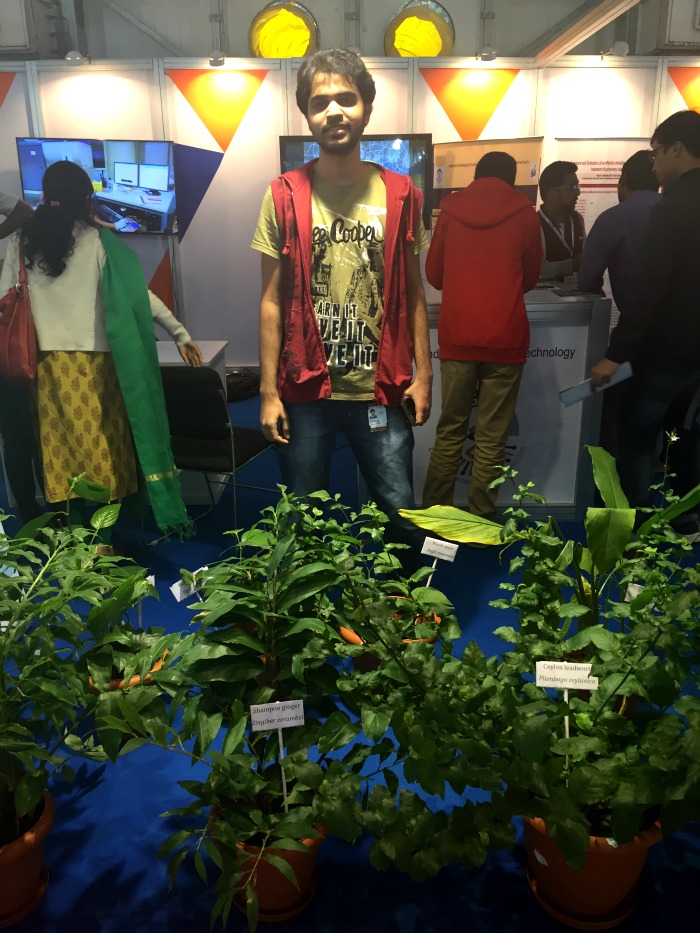 Students from Rajiv Gandhi Center for Biotechnology, Trivandrum, showcased the application of modern science to further the benefits of Ayurveda. 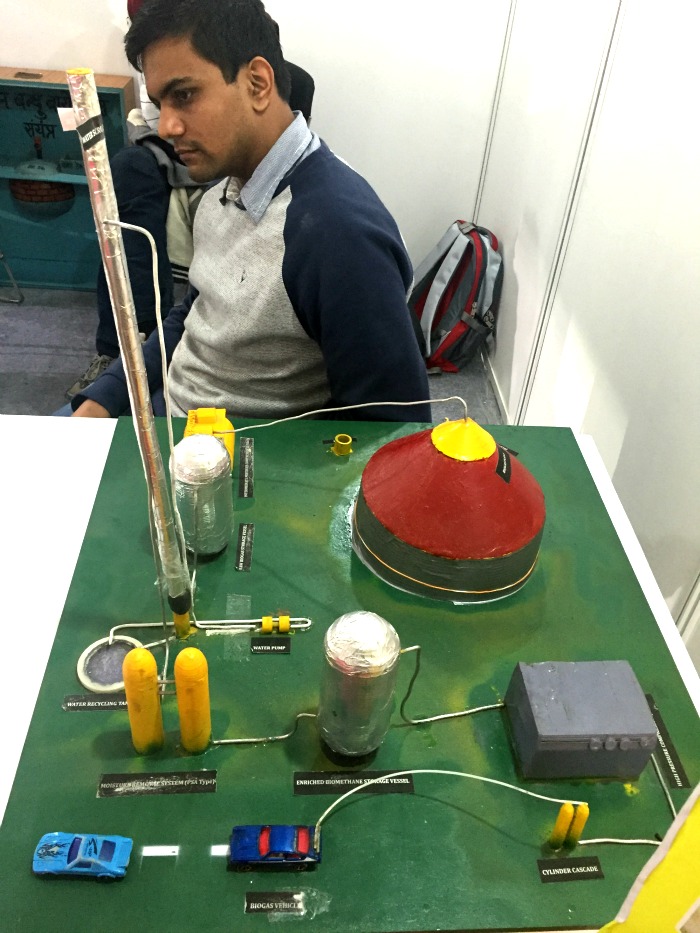 Students from the Biogas Development & Training Center at IIT-Delhi have developed the following technologies related to biogas – such as water scrubbing-based Biogas Enrichment and bottling for vehicular application, and Biogas production optimization from de-oiled cakes, to name a few. 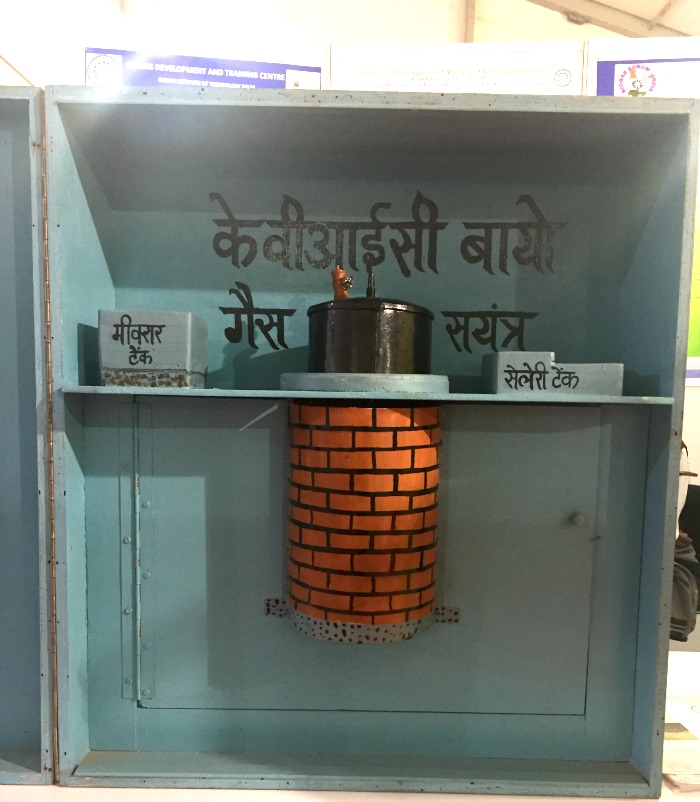 These are just some of the projects that showcase a peep into India’s future. And as I sign off, here is a group of schoolchildren who set a perfect example of how excited we need to be when our country makes giant strides forward. 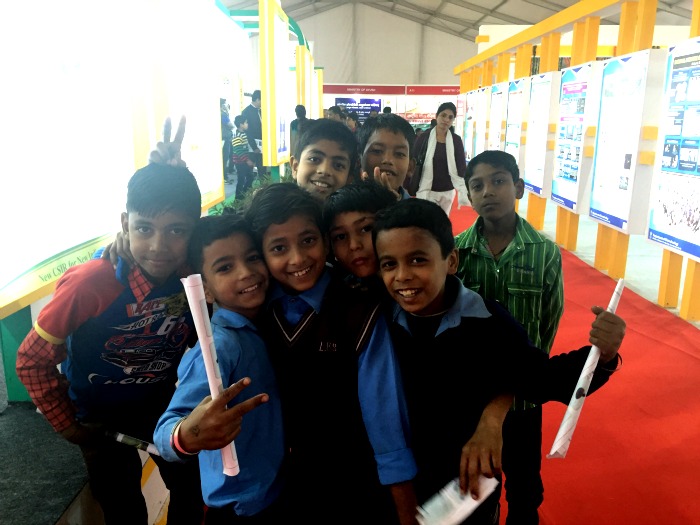 The post has appeared on Humans of Delhi & Indiatimes and is written by Anjali Bisaria.

Operation Whiteboard – Jharkhand Schools To Get Freedom From Chalk Dust

32 Billion Dollars Worth Gaming Chair Industry Will Spread Its Wings In India. This Is Why.

In A Village In Karnataka, There Exists A Temple That Is Also A Church.

Student politician to a young businessman, here is Mahendra’s story of building his ‘business’ from scratch

Young Politicians for India- Should we or should we not?

From a wife ‘not worth being introduced’ to a successful entrepreneur, here’s your inspiration doze for the day